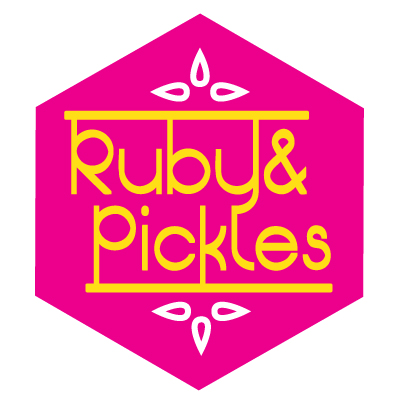 Founders and organisers Sareta and Jasel are passionate cooks who love creative but unfussy food. A different culinary theme is explored at each Ruby & Pickles event, but always drawing on both women’s eastern heritage.

Since launching in early 2016 the pair have sold out every event and wowed crowds with their inventive menus. They set the ball rolling at their launch featuring a much celebrated twist on Indian pav bhaji, a vegetable curry typically served on a small bun as street food – transformed by Ruby & Pickles into a bruschetta-style dish, served with lime, onions and gherkins. Other notable events include a quaint vegan afternoon tea on a canal boat and an Indo-Scots fusion Burns Supper.

Every supperclub features an all-important pickle of the month - key element in Ruby & Pickles’ culinary identity, handmade by Sareta and Jasel (just like everything else served) will is specially prepared to complement the food on offer. Pickles to date have included lemon, aubergine, beetroot and chilli.

Dishes are 100% vegetarian and vegan (with the majority being the latter) showing that plant-based diets can be interesting and delicious. Other dietary requirements may be catered for on request, with at least one week’s notice.

Thanks to the founders’ experience running pop-ups, markets and supper clubs in London and Berlin, Ruby & Pickles’ events offer plenty of exciting, tasty twists on standard supper club menus, all informed by London’s culinary diversity. We’re talking much more than just curry here – this is Indian-inspired innovation, full of flavour and free from fuss. 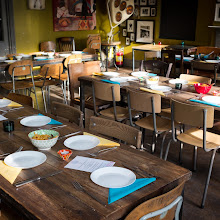 
Join Ruby & Pickles celebrate the start of summer in style at our
Mediterranean feast. Expect delicious dishes inspired by Mediterranean food
but with an eastern twist, tantalising your taste buds... Read more 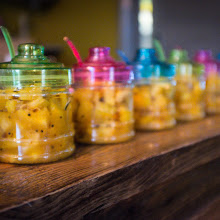 Ruby & Pickles will tantalise your tastebuds this summer with a selection of
delicious Indian tapas dishes.

We are really excited this month to be joined by the superbly talented Harry
Harris will... Read more 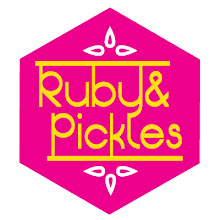 Join Ruby & Pickles on a pretty canal boat in east London and raise your
glasses and teacups to an afternoon of quintessentially British jolly good
fun, with an Indian twist. Guests will be served a... Read more 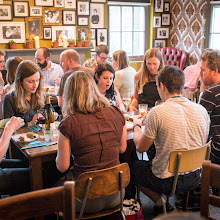 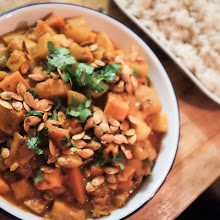 Join Ruby & Pickles as they kick off 2017 in style with The Alternative Burns
Supper, presented in collaboration with Oatly. 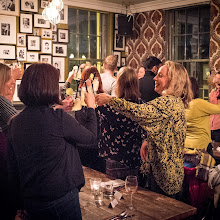 Join us for our exciting new event. We will be joined by Your Place and Wine
(www.facebook.com/yourplaceandwine)
The event will allow guests to explore a diverse range of organic wines paired
with... Read more 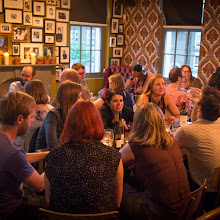 Come and celebrate the first birthday of Ruby & Pickles who starting running
vegetarian and vegan food events in London last May. Their Indian-inspired
food events offer something unique at every... Read more

Go and eat their food!

This is the second Ruby and Pickles event I've been to and it didn't disappoint!

The cosy setting on a canal boat, great live music and delicious food was a great way to spend a Sunday afternoon! My favourites were the Kachori lental balls and the samosa sandwiches - a wonderful twist to your typical afternoon tea.

Looking forward to the next one!

This is the second Ruby & Pickles event that I've been to in 2016 and I'm most certainly going back for more.

The atmosphere was friendly and warm, with a really lovely group of people and a general feeling of being 'at home'. And the food... incredible!
Carrot cake cupcakes that were so spongy and moist that wouldn't know that they were completely vegan (particularly not being vegan myself); cardamom scones with a plum jam that tasted like Christmas; sandwich fillings that were flavoured so well; and chocolate brownies that were so rich and delicious that we all saved them right until the end!

We had a great time at Ruby & Pickles - delicious food, great company, nice venue and fantastic hosts! Jasel and Sareta explained each part of our meal to us, so we knew what everything was made of, what it went best with and whether it was a traditional dish or one with a modern twist. They also took great care throughout the evening to make sure everyone was happy, regularly checking in with guests. Thanks to Jasel and Sareta's attention and willingness to share their culinary secrets, we felt like we learnt something in addition to having a lovely evening and tasty dinner. The live music of Harry Harris in between courses was an additional delight, and the whole evening an absolute treat - we'll certainly be back!

My partner and I had a wonderful time at Ruby & Pickles's Mediterranean Summer Feast, where we were sat at a shared table with a group of friendly and open diners keen to chat over good food. The event was really nicely managed, with information about the food given in advance as well as the opportunity for anybody with specific dietary requirements to get in touch, and on the night the hosts were warm and informative. The selection of food was rich, varied and plentiful, and I particularly enjoyed the added extras of flavoured oils and pickles to enhance the tastes on offer. There was a well-balanced three-course meal as part of the feast with options to stock up on tasty side salads and raita (which was divine), nicely rounded off with dessert. The only addition I can think of would be an optional hot drink tied in with the theme at the end of the meal, such as a nice chai or spiced espresso.