hosted by The Loft Project 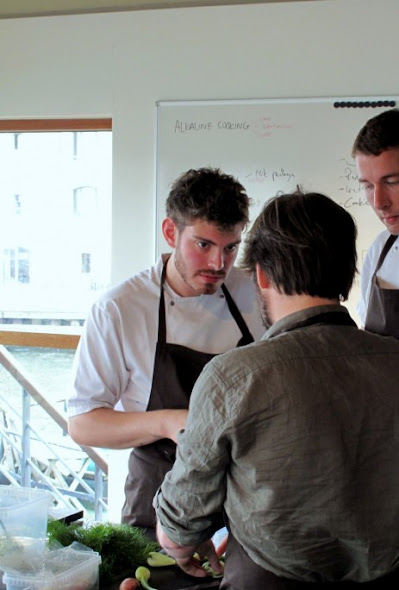 Darlington-born Samuel Nutter’s career as a chef began at just thirteen. Whilst helping out at his local cafe, one day he was asked to tend tables when the regular waitress was ill. From waiter to dishwasher, he soon found himself in the kitchen.

At seventeen, he started at the Rose & Crown Hotel at Romaldkirk, where he spent three years before moving on to the Michelin-starred Vineyard at Stockcross. In his two years working under John Campbell, the restaurant earned its second star.

In 2008, Sam left England for Copenhagen and noma.

Sam spent six months here before returning to noma as sous chef to work in the development kitchen.

Have a query about this event? Contact The Loft Project

Chopstix to Steaknives: The 100th post: The Loft Project with Sam Nutter

04 Nov 11 by Chopstix to Steaknives