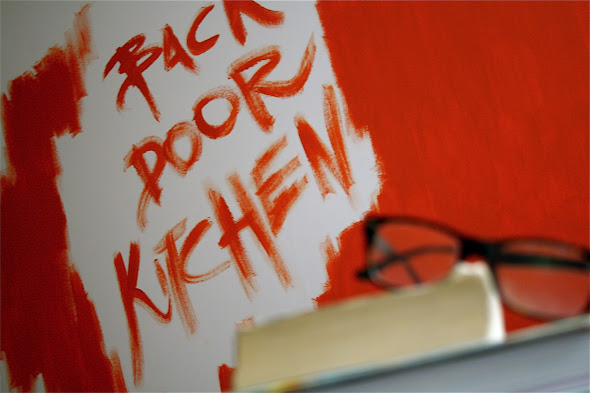 One of richest, tastiest and most fullfilling regional Italian cuisines is certainly the one from the Trentino - Alto Adige region. Half region considering itself Italian, the other claiming back its Teutonic heritage, this area is still strongly influenced by three languages (the ones of the invaders - Germans and Italians - and the local Ladino) as much in the culture as in the food, this cuisine is made from poor ingredients, some recipe names hard to spell and a lingering reminescence of the prussian empire. So no surpise in easily finding air dried hams or salames as well as amazing twists on gnocchi pasta and on stuffed pasta.
We try, as usual, to follow some old traditional recipes and give a new twist to some other ones or just use typical produces of that region slighlty differently.

So, ladies and gents, to start off the new year of our Regional Italian cuisine series we present you the Trentino Alto-Adige region:

Lamb Shank and Gorgonzola Polenta – Lamb shank slowly roasted with carrot, onion and celery and dressed with homemade Italian herb butter and a restriction of red wine, and laid on a bed of creamy Gorgonzola cheese polenta

Dessert – hint: buckwheat is something huge in the Trentino-Alto Adige region

Last night I made my way to Bermondsey, to partake in a supper prepared by Backdoor Kitchen. The Italian host and chef were very friendly and we were treated to a welcome and tasty version of mulled wine before we sat down for our 5 course dinner.

For starters, there was a beef salad - so delicious I nearly ruined my appetite by having seconds (and I admit, thirds too) - and the cheeseladen Canederli was also hard to resist.

What followed was something I have never seen before - we were served a small loaf of bread with its top sliced off. Removing this lid exposed a hearty and almost solid borlotti bean soup, with chunks of Italian sausage as one of its ingredients. The idea was to spoon out the bread from the inside of the lid and use it to scoop up the soup. Amazing, and this dish again was nourishing and so appropriate on this very cold night.

Next up was a large piece of ravioli containing spinach and ham among other things, and said ravioli was covered with a pinkish sauce.

What's not to like about a well cooked lamb shank? Roberto, the chef had given it 4 hours in the oven, I gave it 5 out of 5.

I am not one for desserts and I did not have much of an appetite left after the mountainous food (and mountains of food as one guest aptly put it), but the secret cake with whipped cream turned out to be remarkably light, although it looked as if it was rather rich in chocolate.

This was a very enjoyable evening and the organizers only increased my love of Italian food even more with this regional cooking. I am looking forward to more region-themed dinners from Backdoor Kitchen as they know how to create great dinners. Grazie mille!

Add your blog review of Cooking the Alps