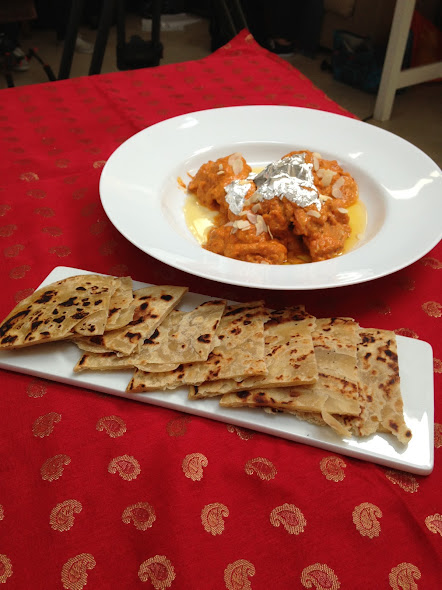 On a recent visit to India- I attended a wedding dinner of a stranger (as one does in India!)- my uncle took me along (he was invited!) and thought it would be nice for me to enjoy a wedding feast. I did! It was great to attend a non-family wedding dinner. It was a relief not to dress up and make polite talk with large number of extended family members- and justify to various "aunties" why my nails were not manicured, if I had met any suitable boy/girl they could get their child married to in London- and oh....why I was not on a diet!

At the Darjeeling Express wedding supperclub- no Indian aunties have been invited!!! You have nothing to fear!

The food in our weddings- irrespective of which state in India you come from....is always something special. Traditionally in Indian Muslim weddings, we do not have starters- the guests are served Biryani with some side dishes. In this supperclub, I have added some starters....and then we will move on to the Biryani.

For the first time we will have an actor who will be performing during the dinner- in between the courses- talking about love, marriage and anything else that takes his fancy! Christopher Hosking is a theatre director and film enthusiast. This is not going to be a Bollywood performance- more likely to be Marlowe and Shakespeare.

*Hyderabadi Mirchi Ka Salaan (Usually served with Hyderabadi Biryani but in my family we served this spicy dish with Calcutta style Biryani!)

*Paan (Beetle leaf with beetle nut and gulkand- it is an acquired taste!)

Have a query about this event? Contact Darjeeling Express

Add your blog review of A Wedding Feast