hosted by Bourne and Hollingsworth Buildings 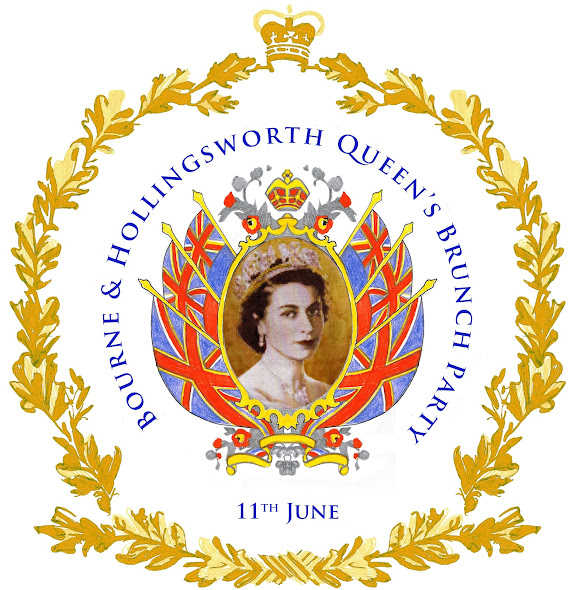 Join us in the leafy surroundings of Spa Fields, Clerkenwell on Saturday 11th June for a special alfresco brunch to celebrate the 90th birthday of HRH the Queen.

Raise a glass and join Bourne & Hollingsworth for a one off, stylish, outdoor brunch that is as British as bacon and eggs, tabloid scandals and Bloody Mary’s. Featuring live music, engaging performances, traditional games and the finest British provisions, Her Majesty’s Brunch will have even the staunchest anti- royalists waving their Union Jacks with pride.

Tickets are priced at £35 and include a seated lavish brunch, private access to the park all day, B&H pop up cocktail bars and all games and entertainment.

Have a query about this event? Contact Bourne and Hollingsworth Buildings

Absolutely shocked with the poor execution of this so called "edible" experience that was, in fact, the furthest thing from edible I've ever encountered. I would write a long-winded review on how poor the quality of the food, the presentation and the organisation of the event were, but frankly I can't be bothered wasting any more time on this.

All I can say is that B&H has never disappointed in any way in the past. This experience, on the other hand, was absolutely disastrous, it was frustrating and simply a waste of money.

To summarise, it is ironic that this "brunch" was coined an "edible experience". Having been to the B&H buildings for brunch before, this was extortion. For 35 pounds, you were given nothing short of an airplane style breakfast, though I think the easyjet one is probably better value. A combination of a roll, a square of cheese, a piece of (expired, brown) ham as well as a spoon full of warm yogurt started off this experience. This was followed by a "poached egg" with hard yolk, on top of a "bed" of 2 withered leaves of spinach and a dry hard toast. Finally, the presentation of this meal would have been surpassed by a corner cafe at 5am.

On top of this, no drinks were included. For a venue known for its bottomless brunch options, you were charged an extra 8 pounds per bloody marry to wash this dish down.

Needless to say, we were extremely disappointed.

A lot of potential, but very poor execution

Having been to Bourne & Hollingsworth buildings before for a bottomless brunch and having enjoyed it very much I had quite high expectations for this event. Unfortunately, they were not met in the slightest. While the service was very good (attentive and friendly staff) and the decor and general set up quite nice, the organisation, drinks and particularly the food were awful. We were admittedly quite a large group and arrived at different times, but for 35 pounds each (just for food) you would expect to at least be able to sit together. This was not the case. So we split up into two groups and got served our food, the "starter" being a tiny portion of warm yogurt with granola, a small block of cheddar, a slice of ham that had definitely seen better days, butter and a couple of pastries and a bread roll that reminded very much of airplane style breakfast. The mains was a single overcooked or for some undercooked egg on a hard bread half with a few leaves of spinach, a single tasteless sausage, half a tomato and a couple slices of bacon. It all seemed extremely cheap, poorly prepared and definitely not to the standard of the B&H buildings. All this would have been somewhat acceptable if the 35 pounds included a few drinks, but instead we had to buy rather expensive and weak drinks. This culinary let down was accompanied by old school live music on one end, which would have been a nice touch had it not been mixed with chilled house music being played through the speakers on the other end of the park. Its really a shame because it could have been a very nice experience, but instead felt like a total rip off. Her Majesty would have been ashamed!

Add your blog review of Her Majesty's Brunch